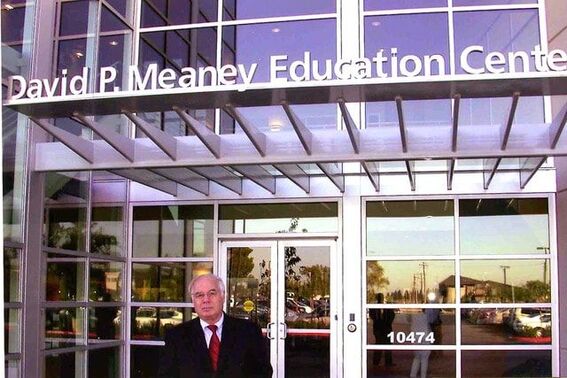 ​David Meaney (MHS 1960) stands in front of the new David P Meaney Education Center in Sacramento California.
The Center was named to honor him for his many accomplishments as the Sacramento County Superintendent of Schools.
Dave graduated from Mahtomedi High School in 1960, St. Cloud State University in 1965 with a major in elementary education. He moved to Oxnard California in 1965, and served as a teacher, teacher trainer, principal, and district wide Director of Instruction. In 1974 Dave accepted a position at the San Diego County Office of Education as Director of Curriculum serving 48 school districts in San Diego County. In 1985 he was awarded the position of Deputy Superintendent of Schools for Sacramento County. Upon retirement of the Superintendent in 1989, Dave was appointed Sacramento County Superintendent of Schools, a position he held until his retirement in 2004.
Dave had many accomplishments in his education career in California. In 1972 he received a Masters of Arts Degree in Educational Leadership from California State University Northridge and in 1980 he received a Doctor of Education degree from BYU. He was very active in statewide education issues in California serving on Governors' Commissions,
advising Legislators, and chairing important state committees. He chaired the technology commission that developed the statewide education High Speed Internet Network that served all schools in California. During his 39 years in education Dave taught education courses at seven universities and consulted with over 100 school districts nationwide. The Effective Schools Program he developed in San Diego was used by hundreds of school districts nationwide.
Upon his retirement in 2004, Dave received the President's Technology Award from Apple Inc., The Ferd Kiesel Award, the most prestigious award given to a school administrator in California, and the St Cloud State University School of Education Alumni of the Year Award.
Dave has been married to Marianne Meaney for fifty years. They had three children, Kristen, Shannon and Michael. Kristen passed away in 1974, Shannon is head of a university library in Northern California, and Michael is a civil engineer. They have three grandsons. They are happily retired in Granite Bay California a suburb of Sacramento. 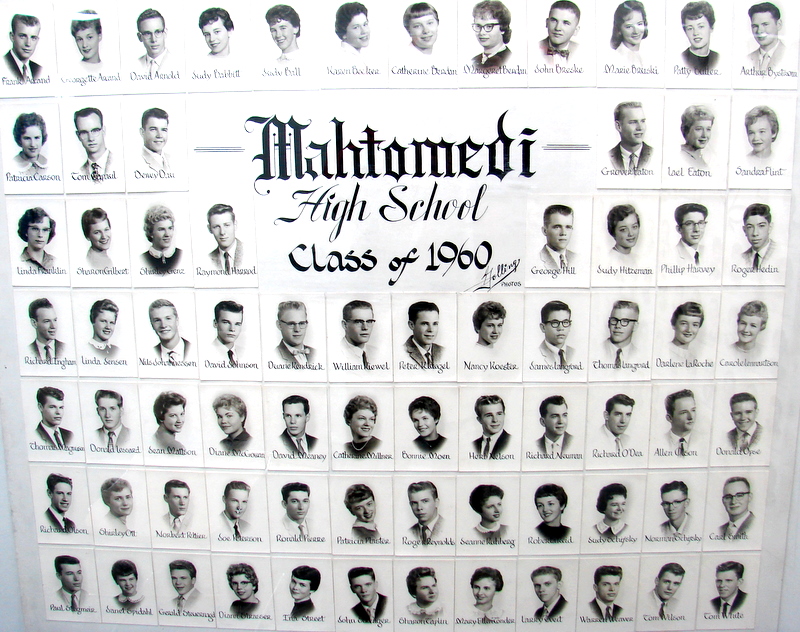